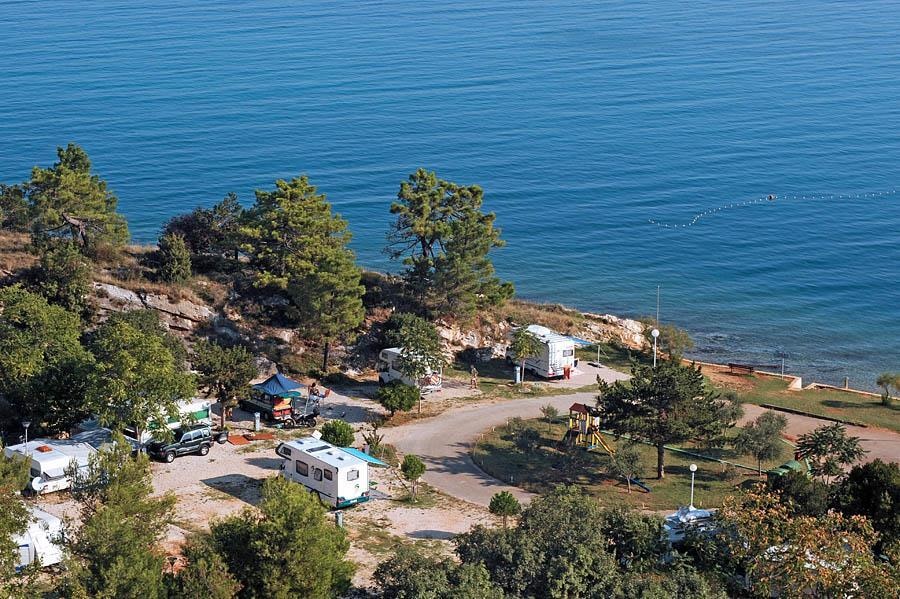 A not too large naturist campsite, situated on a beautiful beach. There are also nice toilet facilities, but not much shade on the pitches. CampingCard ACSI guests can use a ‘pitch superior’.
Camping Kanegra is a campsite with 144 touring pitches and 50 year round pitches. During low season, between , the nightly rate is €16,- at one of the 144 touring pitches at Camping Kanegra in Umag (Istria). At this campsite you can not only use your CampingCard ACSI for inexpensive camping, you can also use your ACSI Club ID (as an alternative ID).

This inspector visits Camping Kanegra every year and inspects the campsite on the basis of more than 200 amenities and other points of interest. The inspector is an ACSI staff member and does not work for the campsite.

Would you like to book Camping Kanegra or request more information? You can do both using the information below or by visiting the campsite's website.

CampingCard ACSI will send your information request to "Camping Kanegra".